I miss Orioles baseball. Don’t get me wrong, the league championship series have been very entertaining, with their exceptional level of play, and high stakes, and… Oh screw it. Baseball is just not as fun without the Orioles. That’s gotten us at Bird’s Eye View to take a look back at the 2013 season – both high points and the low points. We started this process by trying to identify the best plays, and then expanded to the best games, and when that proved to be too difficult, we said forget the labels. Instead, we just worked on the best and worst… whatevers.

The season may have ended a little earlier than we would have liked, but the Orioles had a bit of magic up their sleeves in 2013. There were moments that made us proud to be Orioles fans, and others where we had to shake our heads and say “how did that happen?!” You can check out the full list here, but here are the good bits: 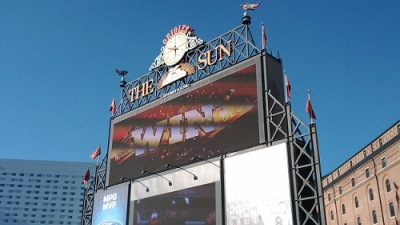 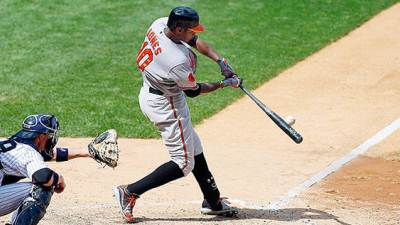 The Orioles were facing an embarrassing three-game sweep, and had been blanked over 8 innings. Things looked pretty bleak. Or at least until Adam Jones took the best closer to ever play the game deep. Jones put it best: “It’s off the greatest closer in the history of the game. I’ll always remember it.” 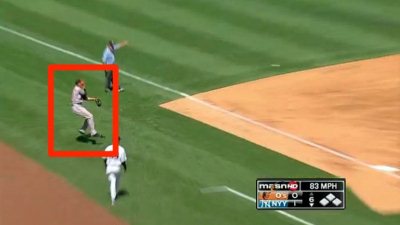 Did you hear that Manny Machado is pretty good? The kid converted from a shortstop has become one of the best third basemen in the league. He puts on a clinic every night, and spoils Orioles fans with his stellar play. He makes the hard plays look easy, and he makes the impossible extinct. Bobbling the ball, after ranging to his right, Machado should have had no shot at this play. And yet… how did that happen?!

But the 2013 season wasn’t all sunshine and lollipops. There were moments of frustration, heartbreak, and embarrassment. They are, after all, the Orioles (regardless of this new era of winning). Again, you can find the full list here, but here are the most demoralizing parts: 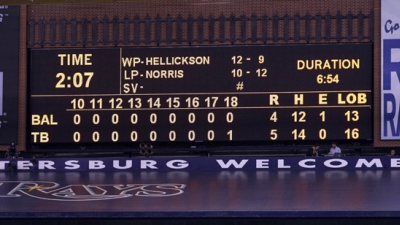 This is the loss that took the fight out of the Orioles. Having taken a series from the Red Sox, the Tampa series was make or break. In the first game, the Orioles took the eventual AL Wild Card team to a 17-inning draw, before losing in the 18th. The game conjured visions of the 18-inning win in Seattle during the 2012 campaign, but the result showed what a difference a year can make. This was a grueling game – both physically and emotionally. The Orioles came up short, and went on to drop the next four ganms, eliminating themselves from playoff contention.

2. O’s Officially Eliminated from the Playoffs 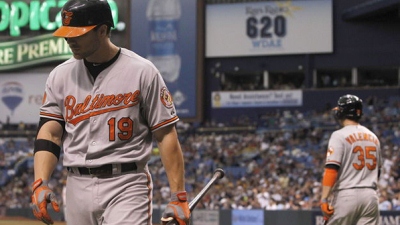 A year removed from a magical run at the playoffs, Orioles fans went from “simply happy to be here” to “full scale expectations.” For some, the barometer of success was Playoffs or Bust. In many years, simply playing meaningful games in September would have been enough, but after having experienced the playoffs last season, it hurt that much more when they were denied in 2013. The Birds were eliminated on September 24, leaving only Fan Appreciation Weekend to play before the season ended. The Red Sox series was a nice sendoff for the team and fans, but it couldn’t completely soften the blow of knowing what might have been. 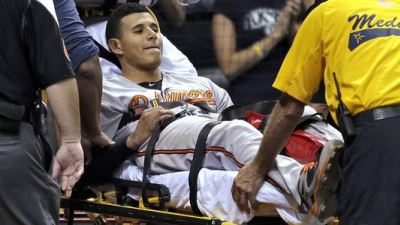 It seems silly to think that this could have been the worst moment for the Orioles in 2013, but it was – without question. When Machado went down, with an obvious knee injury, fans (and part time internet doctors) had to stew in the worry that this injury could affect him in the present and the team in the future. This is not hyperbole. Machado is one of the building blocks of a winning foundation here in Baltimore. Since arriving in August of 2012, his presence in the lineup and on the field have made him indispensable.  To lose him for considerable time, or to risk him never getting back to his full potential, would have set the franchise back in its resurgence.  Luckily, the injury appears to be “minor,” as knee injuries go.

And there you have it – the good, the bad, and the ugly from 2013. We may be forced to watch a hated division rival play in the World Series, but looking back at the O’s season makes me anxious for March 31, 2014, when we get another chance at seeing something magic happen.

Why Did The Orioles Change Their Mind About Nick Markakis?