You’ve heard of Subway’s sandwich artists, but I guarantee that even they would agree that their work is no match for the beautiful “Orioles” script hot dog — despite its surrounding ketchup.

Seriously, who puts ketchup on a hot dog?

The above photo was posted by Followthehollowx on the Orioles subreddit. According to the comments, the vendor was in section 68 and may go by the name Steve or Bill or Tom or Lou.

Whatever his name, I’ll be looking for him next home stand. 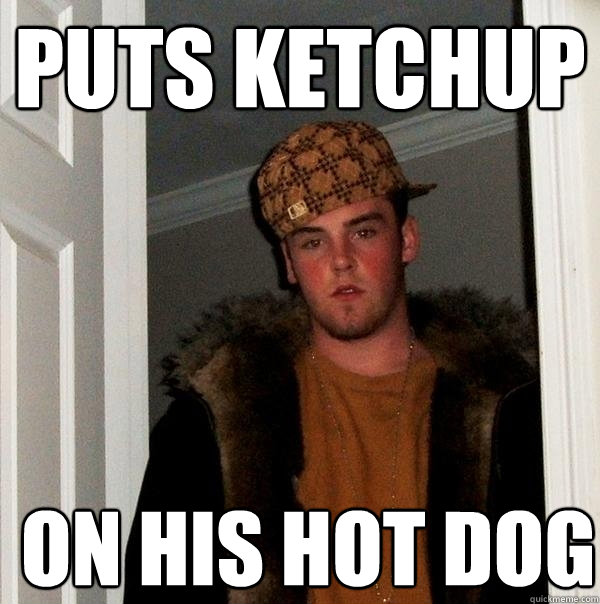 If you put ketchup on a hot dog, you're a communist.

My grandpa just told me I'm out of the will bc I put ketchup on my hot dog and that is un American….

if you put ketchup on a hot dog the terrorists win

Sure, put ketchup on a hot dog pour shampoo on there while you're at it.

@CameronJayLang @mike_kovacs A kitten dies every time someone puts ketchup on a hot dog.

Baez gets the start