Since last we left our heroes (some of) the Orioles remembered how to play baseball. The Birds took two of three from the Yankees, while winning the games not pitched by Chris Sale and David Price in the four-game set with Boston. Despite what you may have heard on this very program last week, the sky did not fall in the last seven games, and this episode may even take a (gasp!) hopeful tone.

Again, our many thanks to Charlie Hoppes for stepping in last week, but in this episode, Bird’s Eye View gets its own Big Boy – Scott Magness – back behind the mic.

No one has hit the second deck here since Aug. 7, 2011 when Mark Reynolds did. This is the @statcast pic.twitter.com/X2ioQq4Gu8

Hey @JonMeoli could you ask Buck: "So Ubaldo, WTF?" and when he gives you a lame ass answer follow-up with "but seriously WTF?"

As it turns out, the Orioles 2017 season may not be all doom and gloom. Don’t get us wrong, there are still very concerning signs that this team needs to get itself together, but if history is any determinant, we should note that some of the most successful seasons in recent Orioles history had us nervous by early June.

We discuss the trends that this team shows, and how it compares to other playoff bound Orioles teams. 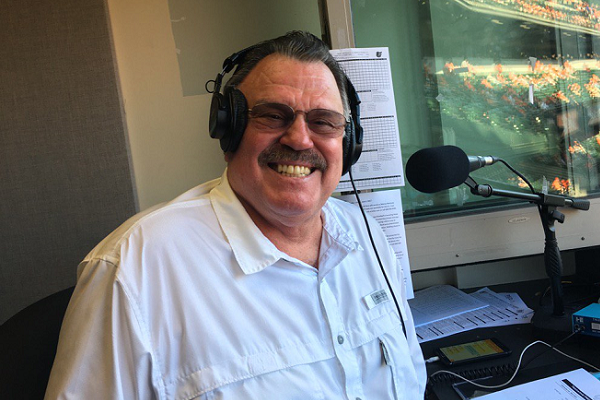 On Sunday, Baltimore said goodbye to one of its native sons, who followed his dreams. In doing so, he became a part of a generation’s (or three?) experience with Orioles Baseball.

Fred Manfra voiced many summers of sadness and joy in Baltimore. His rich voice brought alive our heroes and villains. Fred was a part of the family, as we gathered around the radio.

We may never have met, but he was our Big Boy. And he will be missed.

Previous article Baltimore Sports Today: Trending Down
Next article OF Ademar Rifaela Impressing at the Plate for High-A Frederick Keys

5 Biggest Numbers From The Orioles 1-5 Week

BSR Podcast: The Orioles After 2015