What a weird week. While Baltimore reels from an agonizing week, we can only hope that recovery – and more importantly, real change – is beginning. Baseball, that pleasant distraction from our troubles was as interrupted as the rest of our lives. Without shying away from the things that really matter, we here at Bird’s Eye View will begin to look back at baseball.

This Week on the Twitters (TWott)

Amazing considering that includes a game in which they were shut out. https://t.co/1E1fHW8HVI — Pete Gilbert (@WBALPete) May 3, 2015

How bad must Jimmy Paredes’ defense look in practice that Buck Showalter would prefer Steve Pearce there while Paredes DHs?

Mets players could not identify The Beatles during the between-innings “Name That Track” presentation on CitiVision. Howie is not happy. — Mets Booth (@MetsBooth) May 3, 2015

The problem with the O’s getting rid of De Aza is that they don’t have anymore draft picks to trade in a possible deal. — Matt Kremnitzer (@mattkremnitzer) May 4, 2015

I Want Adam Jones to Be My Dad

Adam Jones had an amazing month. Can he keep it up? Can he be an MVP candidate? We talk about Jones’ month of April, and what is working for him.

Also – what can we expect in the leadoff position? What happens with the roster crunch? WHAT IS GOING ON WITH ALEJANDRO DE AZA?!?!111 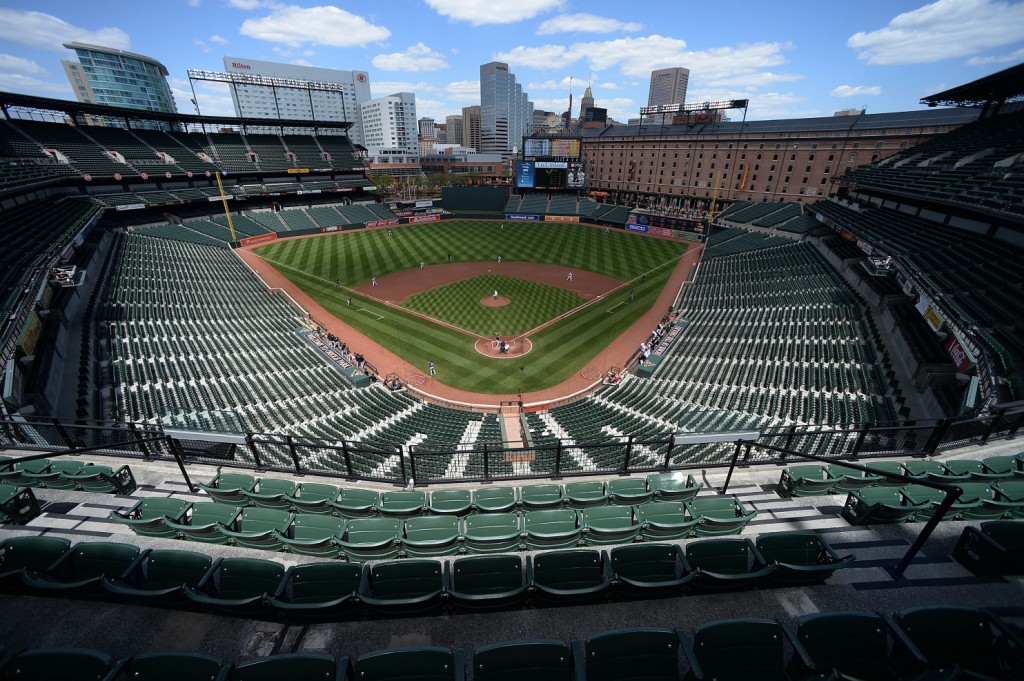 We’re all in this together. From the zero attendance game, to the “dome away from home” series, to ReOpening Day, Orioles fans have/will have the opportunity to show their mettle.

We talk to Ryan Blake, the voice behind @OriolesFanProbz about his experience outside the stadium at the “zero attendance” game. Ryan tells us what it was like to be there, and why it was important for Orioles fans to make a statement that day. Follow Ryan on Twitter for some (occasionally off-color) passionate Orioles fandom.

We also talk to Sam Angell, originator of the ReOpening Day movement. Sam and friends want you to show up at the Yard on May 11, and to support local businesses. Make sure that you follow @ReOpeningDay and check out reopeningday.com for details on the event.

Scott took this week’s contest, tying the season series at 2-1. Now, on to Week 4: