Oh, what could have been. If the O’s had lost the Oakland and San Francisco series, this fan base would be in full melt down mode. Instead, we were treated to some serious Magic on Sunday, as the Orioles reminded us that this season is still very much alive.

It’s Old Home Week at the Medical Wing, with a few old favorites:

Told Hyun Soo Kim heat maps showed that he swung at inside pitches before he understood American lefty zone, stopped after. He laughed.

If you aren't legitimately excited for Robert Andino to be on ANY 25 man roster in the MLB, find yourself a new team pic.twitter.com/GLrqFGEmJz

Watching Kevin Gausman to snag the "before" footage. When he moves on to a new team and is filthy we'll compare it to the "after" footage 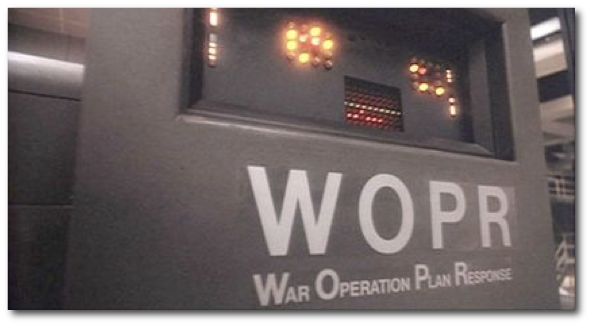 So… we may have freaked out a little bit during Sunday’s game. Things looked really bleak, and we may have “acted out” on social media. So sue us, these things happen. In a 162-game season, the players have good days and bad days, and so, too, do we.

This got us to thinking… what are you freaking out about, Birdland? And just how freaked out are you? To track the results, we created the BIRDCON system – one that counts down from 5 (the best) to 1 (the most freaked out).

We talk through six “freak outs” and three “geek outs” for the season, rating each on the BIRDCON scale.

Be sure to share your BIRDCONs with us, tweeting your responses to @birdseyeviewbal with the hashtag #BIRDCON.

The 2016 Orioles Freak Out Spectrum 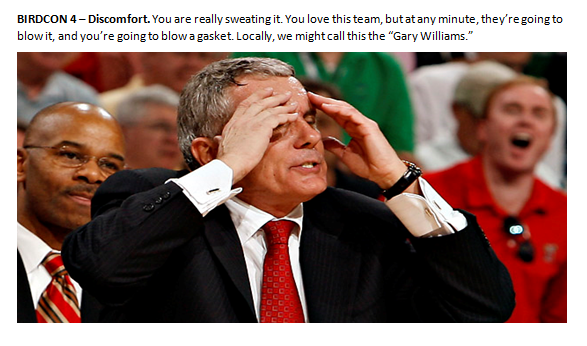 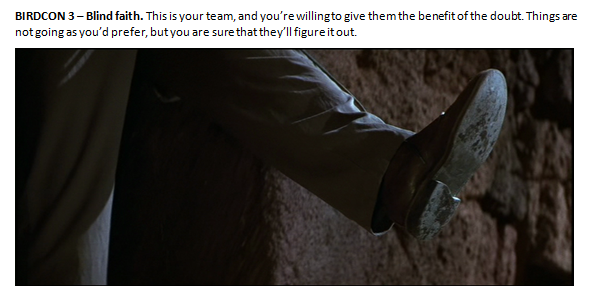 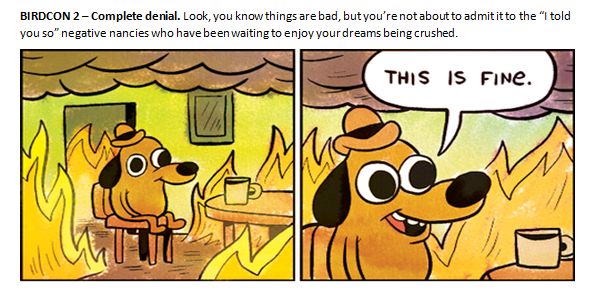 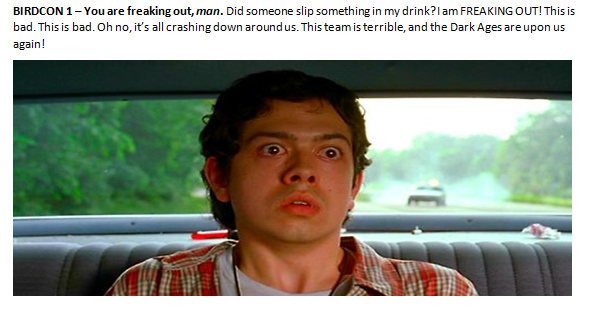 But wait! There’s more. Jake clicked on a Wild Card, having (somehow) selected Matt Wieters for a triple. That adds two points to his score, bringing us to a 9-6 contest, In favor of Jake.

The guys also made some adjustments to the Wild Cards in play:

Next Oriole with 9+ Ks