IT’S HERE!!! The 2017 season has arrived, and well… it’s not half bad. As of today, your Baltimore Orioles have a 4-1 record, and if for no other reason than their alphabetic advantage, they find themselves in the AL East…

It's comforting to know, in an uncertain universe, that we can still count on the O's being unable to retire #9 hitters in clutch situations

Both possible to realize O's bullpen was not good today while noting that it's going to happen if 4-5 relief innings are routinely needed.

After one week of play almost in the books, the biggest surprise has been what? #LetsTalkBaseball

Around the Bases: What We’ve Seen So Far

Look, with just one week (5 games!) in the books, we want to channel Dave Cameron’s comments in a recent FanGraphs post:

Writing about baseball in April can be difficult. Things are happening, and the natural inclination is to want to talk about those things, but for most players, we’re talking about 20 or 30 plate appearances. A bunch of starters have pitched one game. Besides changes in velocity, there’s not much we can say about what has happened so far. The Diamondbacks and Twins are the best two teams in baseball right now, so yeah, it’s early.

With that, let’s go Around the Bases for what we’ve seen thus far:

First Base: The bullpen is going to be good, again.

Second Base: The outfield is a work in progress.

Third Base: Yankees fans are still no fun to be around. 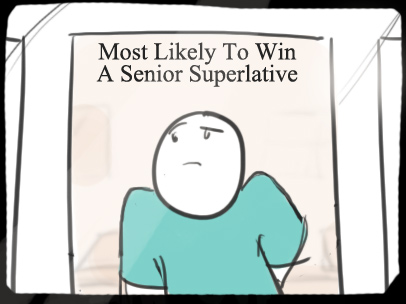 Do you ever wonder how you will be remembered? In high school, we all worked toward that small notation in the yearbook – a surefire sign that our impact would be made upon bookshelves and boxes in classmates’ basements. With that, we take a look at who in Birdland has earned a spot in the upcoming 2017 Oriole Yearbook.

Consider this to be the Orioles school-related blog where we do give detention.

Colin Cowherd: Flacco is to Blame

O’s By the Numbers: Stolen Bases