The Orioles salvaged a double header sweep in last night’s game behind the offensive onslaught of Nelson Cruz. Cruz was a bag shy of the cycle, belting two doubles, a home run, and two singles on his way to a 5-5 night. For Orioles fans, it was a night to remember, but not everyone was such a big fan. Most notably, here’s what Red Sox starter John Lackey had to say about Cruz:

I’m not even going to comment on him. I’ve got nothing to say about him. There are some things that I would like to say, but I’m not going to. You guys forget pretty conveniently about stuff.

Look, I don’t like it any more than you do. It comes off as sour grapes from the losing pitcher, particularly when Cruz only drove in two of the five funs that were charged to Lackey in the loss. Perhaps the full quote wasn’t passed along by the media, but he didn’t seem to have any canned excuses for having given up a home run to Nick Hundley.

So yeah, it comes off as sounding bad. And the righteous indignation sounds a bit hollow coming from the same clubhouse in which Manny Ramirez brought a championship to Beantown, and David Ortiz is a perpetual danger to phones.

The Orioles kind of signed up for this. The front office sat on the sidelines for much of the off season, before making its signature moves: signing (what looked at the time to be) a front line starter, and making a play on one of the two sluggers still left on the market: Kendrys Morales and Nelson Cruz.

Cruz turned out to be a steal. For a mere $8MM investment, the Orioles got a year’s worth of services from one of the game’s best hitters. They also got a year’s worth of baggage that came with signing him. Buck Showalter had managed Cruz in Texas, and called him a “leader” and “a good teammate.” On the other hand, a fair amount of the baseball world had another name for him: cheater.

Cruz served a 50-game suspension for violation of MLB’s performance-enhancing drug policy, in relation to his involvement in  the Biogenesis scandal. And despite the time served, he’s still serving his sentence in the court of public opinion. And really, there’s nothing wrong with that. Camden Yards explodes into shouts of “A-Roid” when Alex Rodriguez steps to the plate. Birdland’s collective feathers get ruffled when a player like David Ortiz or Jose Bautista beats us.

But here’s the difference between a guy like Bautista, or the Orioles’ own Chris Davis – about whom unsubstantiated (and unfair) rumors abound: they didn’t actually do it. Nelson Cruz is a punished cheater. He violated the PED policy, and the best we, as Orioles fans, can do is hope that he is clean now. Maybe part of the reason that the Cruz attention bothers us so much is that there is more than a shred of truth to it.

It sucks that John Lackey can throw it around in post-game as a way to excuse his loss. But the fact remains that this is the treatment the Orioles signed up for when they inked Cruz to a contract. This is what Cruz, the Orioles, and fans will endure throughout his tenure in Baltimore. I hope Orioles fans can steel themselves for the occasional pang of irritation, because it’s going to continue. Everywhere he goes, there will be whispers, and signs, and taunts.

And occasionally, there will be a butt-hurt Boston starter, who pretty conveniently forgets what taking the high road looks like. 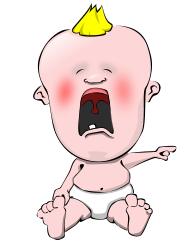 How Much Longer Can Orioles Stick With Pedro Strop?

Ravens O-Line Coach says Birk will be ready for Steelers