For a baseball junkie like me, the All Star Break is as much curse as blessing. It’s a Thursday, and I haven’t seen the Orioles play since Sunday. As I complained yesterday, MASN didn’t do me any favors… they filled the usual baseball time slot with reruns of bull riding. Yes, seriously.

Luckily, there will be a game tomorrow at 10:05, and we’ll get to see just how well this Orioles team can hang with the best division in baseball. In the meantime, isn’t it great to have a winning team to root for? Consider the (all-too-familiar) alternative…

With the playoffs a real possibility, I don’t need to care about the reports that Mike Yastrzemski has been promoted to AA Bowie. For more than a decade before the Orioles Buckled Up, I would have obsessed over this move, wondering how long it would be until he would burst onto the Major League stage, and bring the Orioles back to relevance. Because that’s what prospects do, right? Especially Orioles prospects?

Or I might have read way too much into the marginal talent of Henry Urrutua returning to the AAA lineup for a a rehab assignment. Look, I don’t have anything against the guy, but I don’t think he’s going to be much of an impact player at the major league level. And I say that, because unlike the Dark Period, I know what an impact player looks like.

Maybe I’d be drooling over prospects Hunter Harvey and Dariel Alvarez facing each other in the Futures Game. There have been plenty of summers where the most exciting thing was a game that didn’t matter between guys who might never make it to the bigs.

It’s also possible that the thing that would keep me going through a grueling summer would be Commissioner Bud Selig’s comments on the possibility of the All-Star Game returning to Baltimore in 2016. I didn’t enjoy any of the festivities first hand back in 1993. With little else to focus on, I might be tempted to dream about watching a HR Derby in person, saving myself from the dreaded Berman Experience.

But I don’t have to worry about any of that. It’s all a side show to following my favorite team, as they start the second half – defending their spot atop of the AL East. The Orioles are an imperfect team, and the second half will be full of failures and losses that make me crazy. I’ll occasionally be more grumpy than a grown man can justifiably get over a silly game. I’ll say things I don’t mean. I’ll have my fair share of Twitter outbursts. But the “second half” will also be full of late inning heroics, sensational defensive plays, monstrous dongs… just your average, run-of-the-mill Orioles Magic.

With all that to look forward to, the All Star Break is too long!

If you’re looking for ways to pass the time, be sure to check out the BEVys, our midseason awards show. Also sign up for the Birdland Bash softball game. 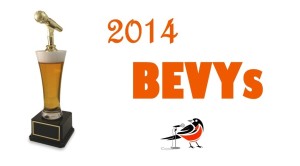 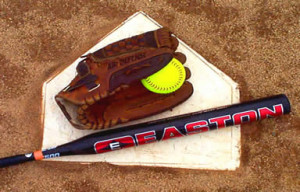 Ravens Report Card: Breaking down the Ravens 24-16 victory over Cincinnati

Ralph Macchio, Karate Kid, Was At Camden Yards And Spotted A Woman Googling Him