OK, to be fair, the Pirates mini-series was fun. Orioles Magic, defeating an old foe, taking down a football city rival. Good times were had by all. Unfortunately, there was the rest of the week. Losing the Nationals, working to increasingly embarrass themselves as the Yankees series progressed… this is not the look of a team that is rebounding after a rough May.

Please don’t be who we think you are.

Chris Tillman before and after shoulder trouble… External rotation change alludes to one [of multiple] mechanical concerns. pic.twitter.com/C8wxh43OsK

DOOOONG!
Daughter: dad nobody calls it that. Wife: we don't want text messages about dongs! @BirdsEyeViewBal

So maybe Alec Asher, a non-prospect the Orioles acquired in exchange for cash, is not the answer to our rotation problems.

An AARP-sponsored "Getting to know you" segment just focused on J.J. Hardy, which seems a little mean, honestly.

So, my future father-in-law is a huge Pittsburgh fan. Thought I'd earn some brownie points by getting him tickets to the game tonight… pic.twitter.com/hRInBUK1Zm

Tell Me How I Feel

Two weeks ago, Jake and Charlie shared some bleach over the team’s “successes.” Last week, Scott brought some calm to a combustible situation. This week, after the Orioles got told to “stop whining” by the Nationals, and outscored 38-8 in the Bronx… we’re really not sure how to feel. Are things as bad as they feel? Do we feel as bad as we should?

We discuss how Orioles fans define “success” when it comes to the 2017 season, and whether the Orioles can succeed against that definition. 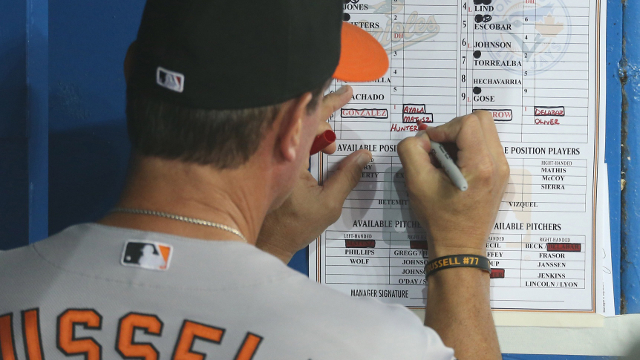 The guys take a turn into the dark future, and imagine a world in which the Orioles pack it in and start a rebuild. What would the lineup look like? Scott takes a look at a mid-season sell-off, and Jake looks ahead to the start of a listless 2018 season.

Put together your best worst team (your worst best team?) and let us know what it looks like, using #ohnOs.

Next article Baltimore Sports Today: Is It A Sandwich?

Where is Jake Fox?