As we await the news of the “supposed” immanent parting of ways between Andy MacPhail and the Baltimore Orioles, it’s time to start thinking ahead about who might replace him. We know that Buck might take the position, or he might just get one of his guys in there. That’s great and all, but I might be more excited if the O’s were to bring in some fresh blood. HBO’s lineup over the years has shown us some interesting characters that would might be good for front office management.

Eddard Stark– (Game of Thrones)- Okay, maybe what the O’s need is the ability to bring honor back to the House of Angelos. Eddard (Ned) has plenty of experience in supporting a strong minded yet incapable leader. Plus, it would be way too cool to have the title as “Hand of the Owner.” In the end, the job is worse than the deepest pit in the Seven Hells, and it wouldn’t be long before he was on the chopping block (too soon?).

Prop Joe– (The Wire) A true negotiator and a man of many talents. He could fix a clock and run an entire drug organization. A man with this many skills could be useful in what many consider an antiquated front office. Where Prop Joe would show his true worth his ability to find real trade value. Think Billy Beane with true street cred.

Eric Murphy– (Entourage) Okay… E is a whiny douche that has way to much going for him. On the plus, he has proven that he has no loyalty and he could find a way to weasel ownership away from the Angelos family. Then again he could just run back to Vince.

Arthur Bucco– (The Sopranos) Artie might not have the strongest of personalities, but he could cook a mean carbonara. Seriously, he was able to recover after a fire destroyed his business, and the O’s will need someone who knows how to bounce back after big disappointments. On the downside, he’s middle aged, white and still tries to rock an earring.

Charlotte York– (Sex in the City)- She would bring back the elegance and class that the O’s organization, or she could lock herself in her office with a ”rabbit”. 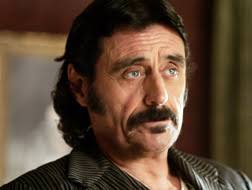 Al Swearengen – (Deadwood) Baltimore baseball might as well be the Wild West, and Brian Cashman has The Pinkertons at his disposal to bring the city to it’s knees.  Enter the Machiavelli of the Mountains.  To beat them at their own game (and with more limited resources) a cunning and ruthless operator is required.  Someone who can see every outcome, and not only keep the wolves at bay, but use that pack of wolves to his own advantage.  He’s the type to smile into your face while slitting your neck, or keep Andy MacPhail’s decapitated head as a trophy to parlay with in his much needed moments of self-dialog.

Chief Albert Lambreaux – (Treme) When asked by a client about why he should pay the extra cost to plaster his storm ravaged home instead of sheet-rocking it, Lambreaux replies “people do a lot of dumb s*** because it’s easier.” Chief Lambreaux is a highly opinionated and dedicated man of action.  He’s duty bound to – if doing anything at all – doing it the way he perceives to be the right, if not noble way.  No short cuts.  No half measures.  He might take longer to get the job done, he might frustrate those around him with his prickliness during the process, but you can trust that it will get done and done to proper results..

Susie Greene (Curb Your Enthusiasm) – Let’s face it, what this team needs right now is a kick in the pants, a whistle blower, someone who is blissfully willing to call them on their s***.  Who better to do that than TV’s foul-mouthed harpy, Susie Greene?  She understands there’s no grey areas.  It’s wrong to decapitate a child’s doll.  It’s wrong to not accept the insipid “house-tour” of a friend’s new home.  There’s no grey areas about signing the injury-prone Brian Roberts to a long extension.  Felix Pie?  GET THE F*** OUT OF MY HOUSE!! (Language).

Special Thanks to Brian Bassett of The Jets Blog for his contributions to the piece.

Is Brandon Marshall Setting His Sights On The Ravens?